In the second edition of the Spring Bootcamp series, we will continue to explore building a web service following REST principles. In the first article we created a few simple GET endpoints, in this article we build out an API that uses the rest of the major HTTP Verbs; POST, PUT, and DELETE.

In this article we will also look at using exceptions to control application flow, why you should use constructors for dependency injection, and also get a better understanding of model view controller application architecture and the benefits of following it. 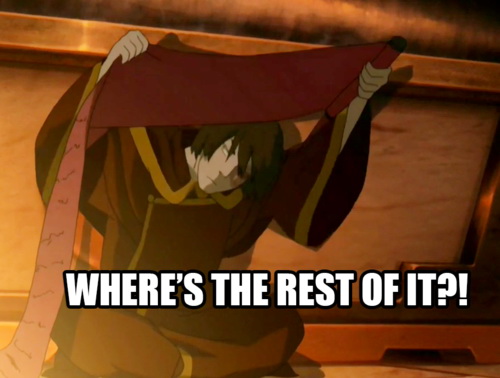 I touched on REST briefly in my previous article. Let’s continue exploring REST in this article, by covering some of its key concepts.

Two key concepts within REST are “nouns” and “verbs”. Within REST nouns refer to the resources that a web service has domain over. Examples of this could be orders, accounts, customers, or in the case of the code example for this article,User.

Verbs within the context of REST refer to HTTP Methods. There are nine HTTP Methods in total, but five that actually relate to acting on a noun these are: GET, POST, PUT, PATCH, and DELETE.

GET – Operation for retrieving a resources

PUT – Operation for updating a resource.

DELETE – Operation for deleting a resource.

The “nouns” and “verbs” create very specific semantics around how a REST API should look. The “nouns” form the URL of endpoint(s), with the “verb” being the HTTP method. The API for the User service we will be creating will look like this:

GET: /api/v1/Users: Returns all Users

GET: /api/v1/Users/{id}: Retrieve a specific User

Following a properly RESTful pattern allows for a discoverable API and consistent experience for clients/users who are familiar with REST.

Note: As covered in the previous article the /api/v1 portion of the endpoint are part of general good API practices, not related to REST.

When creating a REST API it is also to keep in mind the concepts of; safe and idempotent. Safe means a request will not change the state of the resource. Idempotent means running the same request one or more times will provide the same result. Below is a chart laying out how the five HTTP Methods relate to these two concepts:

These are the expected behaviors when using these HTTP Methods, it is important when implementing a service that is following a RESTful API  these expectations are followed. If executing a GET operation leads to a state change for a resource, this will almost certainly result in unexpected behavior for both the owner of the service and the client(s). Similarly a PUT operation that gives different results each time it is executed, will also be problematic.

Safe for the Resource, Not the System

A final key point on this, safe and idempotent relates only to the resource being acted on. State changes can still occur within the service, for example collecting metrics and logging activity about a request. An easy way to conceptualize this is viewing a video on YouTube. YouTube will want to collect metrics about what you are viewing, but you viewing a video shouldn’t change the contents (i.e. the state) of the video itself.

With understanding some of the key REST concepts a bit better, let see what they look like in practice. Above we covered five of the HTTP methods, but, as mentioned in the intro, we will be implementing only four of them; GET, POST, PUT, DELETE, as they map closely to the Create, Read, Update, Delete (CRUD) concepts, which will be covered in more detail in a future article on persisting to a database.

In the first article we used @GetMapping to create GET endpoints. Spring similarly offers @PostMapping, @PutMapping, and @DeleteMapping, for creating the related types of endpoints. Below is the code for a UserController which defines endpoints for retrieving all users, findAll(), looking up a specific user by id findUser(), creating a new user createUser(), update an existing user updateUser(), and deleting a user deleteUser():

Behind the controller is the UserService for handling the actual business logic, limited as it is, for the web service. In this example for the “persistence” I am simply using an ArrayList. Note the usage of exceptions in the service class which I will touch on in more detail.

The code is available on my GitHub repo and you can run it locally to see how it works.

Understanding the Benefits of Model, View, Controller and Separation of Concerns

MVC is an architectural pattern of separating a project based on three distinct concerns;

Controller – This is the interface the user/client interacts with to use the service. In the above code this would be represented by the UserController class.

Model – The model is the real “meat” of a service. This is where any business processing, persistence, etc. occurs. This is represented by the UserService class.

View –  The view what is the users sees. When building a REST API this is largely handled invisibly by Spring; which by default converts returned messages to JSON.

The wikipedia article on MVC provides a visualization of the above: 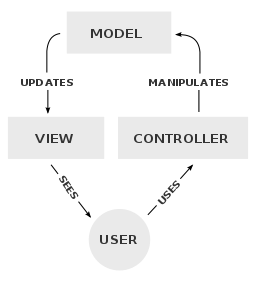 As the lines between MVC start to blur it can become difficult for a developer to know where to implement new requirements, which sometimes can lead to requirements being accidentally, or even intentionally, implemented in multiple areas. As these issues build up, it can become increasingly difficult to test and maintain an application.

While the User Service we built in this article is very simple, the UserController does represent the level of concern that a controller should contain even in a more complex service. The controller should primarily be concerned with passing values to a service layer and interpreting the return from the service layer to represent back to the user. Inspecting and manipulating the values in a request is a smell that you might be deviating from MVC in a meaningful way.

We will be exploring automated testing in the next article were we will understand the practical benefits of following good architectural practices.

Early in my career I was often strongly advised against using exceptions for control flow. Exceptions should be reserved for exceptional conditions; unexpected nulls, failure to connect to a downstream service, incorrect value types, etc.. Errors relating to business reasons should be handled with normal application flows, if/else statements, setting a flag value, and so on.

There are reasons to be cautious when using exceptions to handle application flow, generating a stacktrace, which happens when throwing an exception, is expensive. However using exceptions for control flow can also make code architecturally cleaner.

In UserService, instead of setting a hasError field in User I am throwing an exception when a validation check fails, in this case when a client sends a user id that doesn’t match any existing users. I then make use of Spring’s @ExceptionHandler functionality to generate an appropriate response for the user. As seen in UserController multiple methods can be annotated with @ExceptionHandler each handling a different exception. This allows for a clean way of handling different error responses:

In UserService I implement two ways of handling what is the same problem, a client sending an id for a user that doesn’t exist. Going by proper REST guidelines a 404 should be returned. The potential issue is that a 404 could be ambiguous, was a 404 returned because the desired resource doesn’t exist or because the wrong endpoint is being used?

As mentioned, by REST guidelines the correct choice is clear, 404, but it may not be the correct answer in every use case. The important thing would be to document clearly the expected behavior when looking up a non-existent resource and being consistent across your service(s).

For a long time many Spring developers had a habit of using field dependency injection. If you were to go into many older Spring projects, including many I wrote myself, you’d see classes that looked something like this:

//the rest of the class

In the first two articles of this series we learned some good practices for building a RESTful API using Spring Boot. In the next article we will take our first steps into the world of automated testing, one of my favorite subjects!

The code in this article is available on my GitHub repo.

One thought on “Spring Bootcamp – The REST of It”